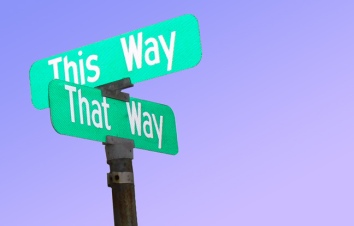 amazing business partners. Prior to starting a company with two other people, an untested product and zero brand recognition or revenue, I spent the first 10 years of my career (internships included) at large multinational corporations with tens of thousands of employees and iconic brands anyone would recognize. The two paths I’ve taken couldn’t possibly be more different and when I speak with students about what they “should do,” the answer is anything but simple.

Because I could write on this topic for days I’m going to do my best to stick to a few high level thoughts and keep it concise. I’d be happy to answer specifics if you have a comment or question).

Let me start by saying, I’ve loved both paths. Both Corporate and Startups have their ups and downs, but life is too short to complain about what you do, so either enjoy it and work hard or go do something else. I hear some people say they can’t just up and do something else because they have too many commitments. That’s fine, but do me a favor. Shut up and figure out a way to start enjoying what you’re doing. No one wants to be around someone complaining about his or her job all the time.

I’ll boil the idea of Corporate vs. Startup down to three main ideas. (There are a million more, but these are the three that stand out most to me).

If there’s one thing I’ve learned in the most brutal way possible, it’s that there are truly limited resources at a startup. I find it humorous when people at a company with thousands of people tell me they’re resource constrained. They’re not totally wrong. Every business has its limits. But until you have an entire company with three people working an ungodly number of hours for no pay and zero revenue coming in the door, it’s hard to really understand what resource constraints are.

Think about it. At a large company, there’s major pressure to hit numbers and get tasks done, but it’s likely someone else came up the number for an employee to hit, provided tools to work toward the number, and once the number is hit or missed, there are other people to go back and decide what’s next. At a startup, you have to decide what number to hit on your own, build the tools and processes to try to hit the number and then figure out what to do if the number isn’t hit. That is if you’re still in business. Remember, there’s zero revenue at the beginning.

Not everyone has to go to a start up with three people though. We’re around 85 people at our company now and we’re still a startup. We’re still resource constrained, but not nearly as badly as we used to be. So with that in mind, I tell people to consider their tolerance for resource constraints as they decide what type of company they want to join. Understanding tolerance for getting a lot done with very little will go a long way in helping decide which route to take.

At the large company, there’s more bureaucratic red tape to cut through and many processes a person has to learn or change in order to move the needle. It’s definitely possible though. Like anything else, it takes hard work and figuring out how to impact change quickly. Don’t let the size of the company determine if you can have impact or not.

Structure somewhat ties back to resources, but it’s a biggie and can stand alone. Large businesses have structure and process. At a startup, the structure and process needs to be built. I remember the first time we were going to hire multiple people at once. Everyone looked around and wondered what process we should use to keep everyone on the same page with candidates. There wasn’t a process so we had to come up with a plan, build it and execute it. Not only did we have to build a process to hire people, we had to actually find people to hire and continue to do all our “normal” jobs in the process. There wasn’t an HR team to lean on or tools in place to make sure we called a candidate back, sent them a rejection letter or to communicate if the candidate was convicted felon or not…details, details.

At a large company, structure is in place the day you walk in the door. There’s an HR department. There are training manuals. There are managers, hopefully with management training, and there’s a career path. Infrastructure is important.

Something that’s really stood out to me at the startups I’ve seen is a vacuum of management talent. A management void can end up leading to frustrated employees, bad decisions and even worse, lawsuits. This is one of the reasons I’m particularly happy I went into Corporate before a Startup. I’m not a perfect manager by any means, but having been trained at a great company early in my career really helped me think through some of the decisions I wouldn’t have even considered had I not gone through a structured management-training program. It’s also a big reason I’m a proponent of the management training we’re doing at Stitch Labs. Great managers help make a great company.

Those are a few of the key points I like to share with people asking me about the differences in Corporate America vs. Startups. Again, it’s not an exhaustive list by any stretch of the imagination, so feel free to ask any questions you have and I’ll get back to you. It’s likely I’ll write more about this topic in the future.

2 thoughts on “Corporate or Startup?”